Written by Lewis Llewellyn on December 11, 2014

It’s always difficult to decide what sort of things to push out around Christmas time; it can’t be too festive too early, but it can’t look like you’ve completely forgotten that it’s December, either.

So, this year at MeeCreative we had some late-night brainstorming sessions to discuss the best way to do some Christmas marketing, as well as thanking our fantastic clients and brilliant fellow design agencies.

The first idea pitched by our web developer Ashley was incredible – a short, concise labelling system for social media posts which would allow users to relate the subject matter of their posts to others just like it, despite the actual content being different. We fired an email across to Twitter, in the hopes that the idea – Ashtags – would be swiftly adopted by them.

Unfortunately we were told that they already had a similar system in place, but, undeterred, we went straight back to the drawing board.

What better for a product design agency to do than design a product?! Everyone is putting off the putting up of their Christmas trees around this time of the holidays, but perhaps it’s only because their existing decorations don’t motivate them enough to exhibit those pine needles! We needed to come up with a ground-breaking idea for a tree trinket that would take the world by storm. 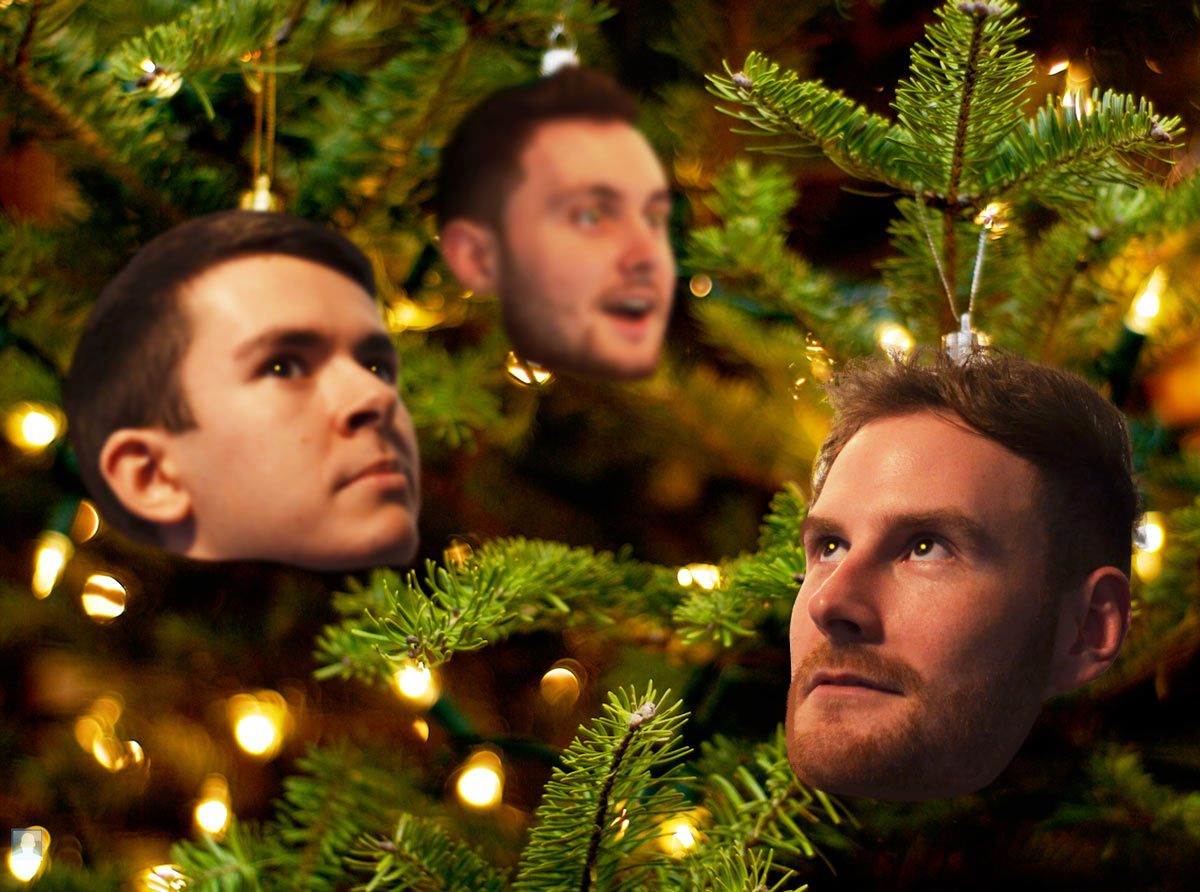 Unfortunately it turns out printing ultra-fine resolution 3D prints of human heads can really blow through a budget – not to mention our focus group telling us they just weren’t that interested in hanging strangers’ noggins in their living rooms – so we had to scrap that one, too.

On the face of it, the purpose of marketing is simple; try to get as many people to engage with your product or service as possible. However, this task becomes more difficult as the year comes to a close – as fighting for attention amongst expensive corporate advertising can seem impossible.

The solution? Aggressive marketing. Get our services out as quickly and in as much volume as possible, and try to spread the spirit of Christmas cheer in the process. Make the British public aware of the benefits of design! 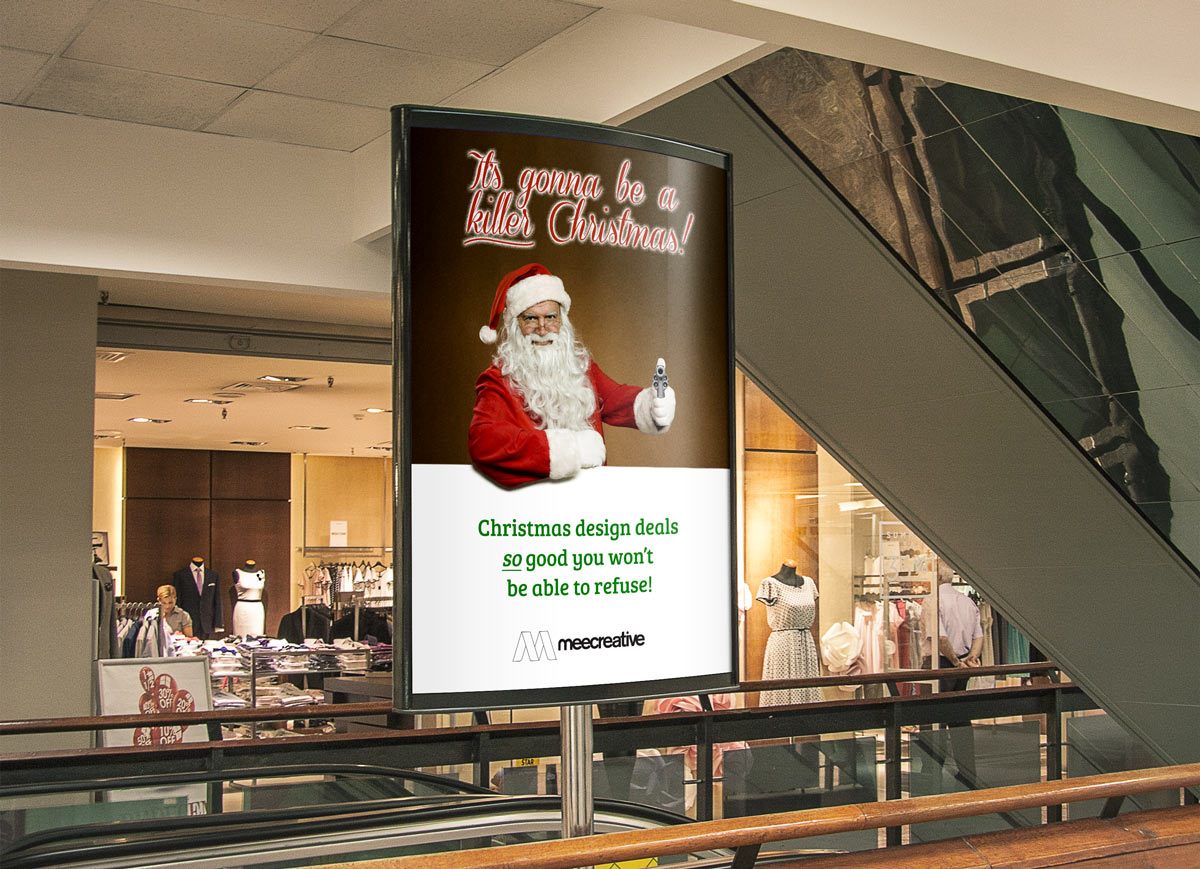 Unfortunately there were a few crossed wires whilst discussing the idea. While half of us got the idea of this aggressive marketing campaign, the other half (the half in charge of sending the idea to print) got the idea of an aggressive marketing campaign – one which involved a cheerful, pot-bellied representative of Christmas pointing a powerful six-shooter at holiday shoppers. Drawing board, we’re stopping by again.

Deciding that the other ideas may have been a little ambitious, we settled on the idea of producing a nice, traditional Christmas card – based around the theme of the 12 Days of Christmas. Everybody likes a Christmas card (even the focus group), and it’s a great opportunity to be creative on just four little squares.

Even managing to rope in our chairman, Barry, we spent some time carefully crafting some props to use, brought in a load of scarves and hats from home, and had some fun taking photographs of the team for use in a feature on the inside of the card. 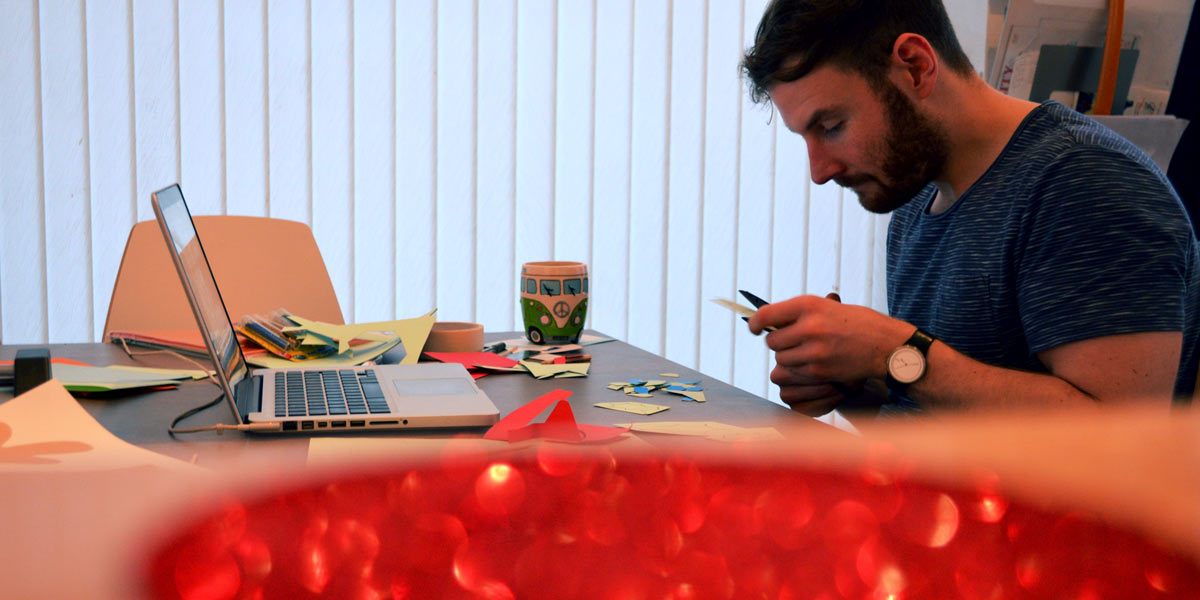 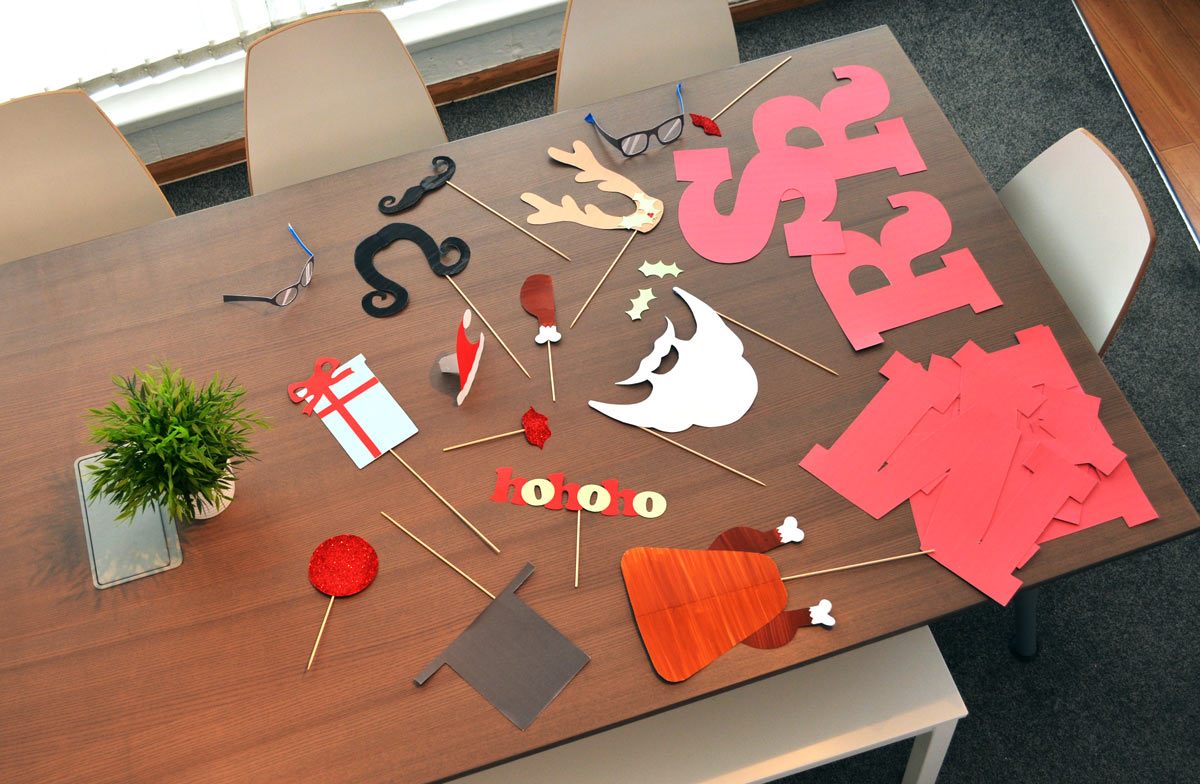 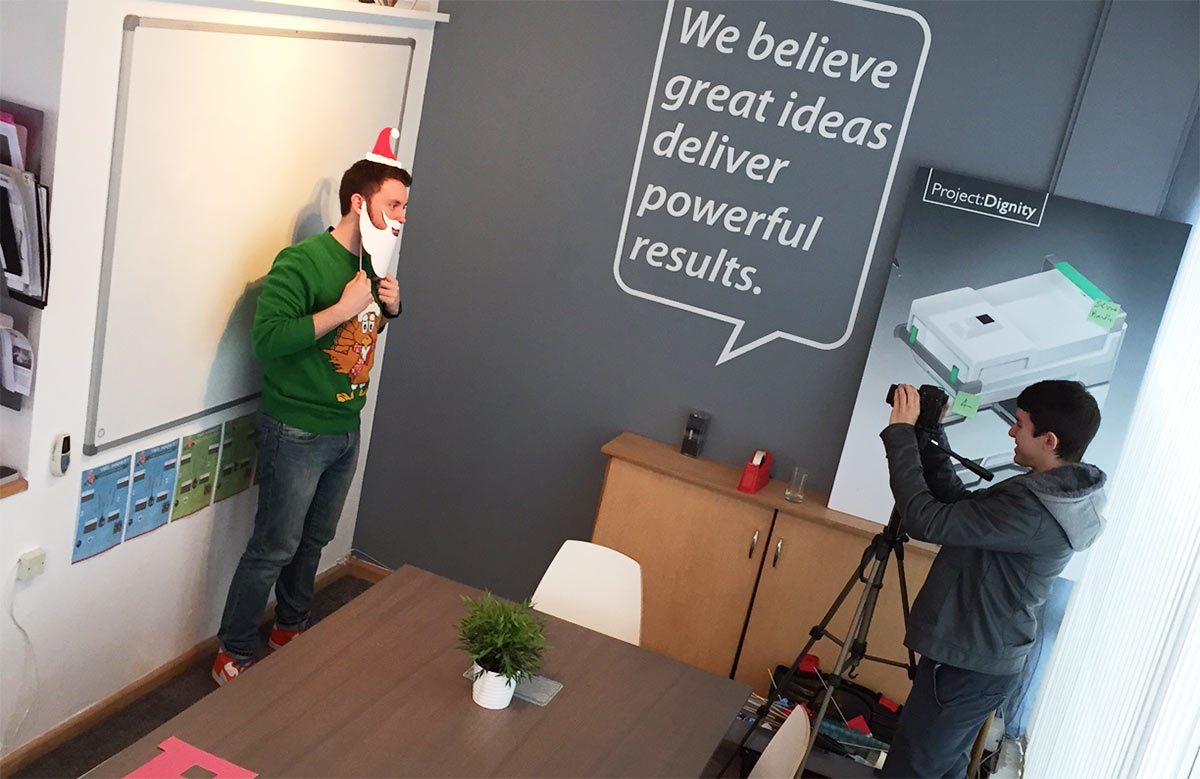 As soon as we were happy that we’d done enough goofing around, we sorted through the photographs ready for laying out on the inside of the card. Not all of our horseplay made the final cut, however… 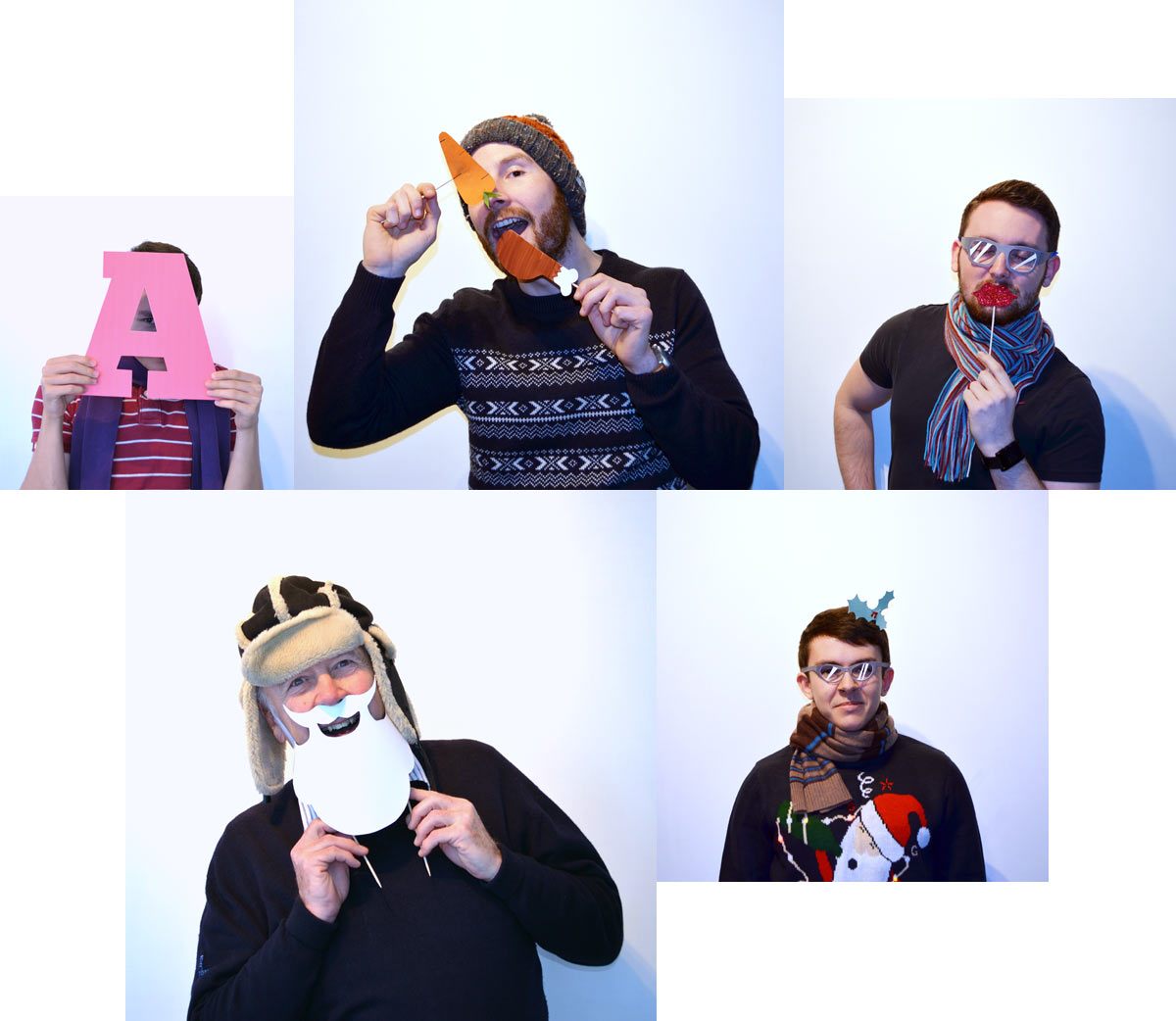 Once we had decided which pics to use, we set them into the inside grid of our carefully-crafted Christmas card and sent the designs off to print! 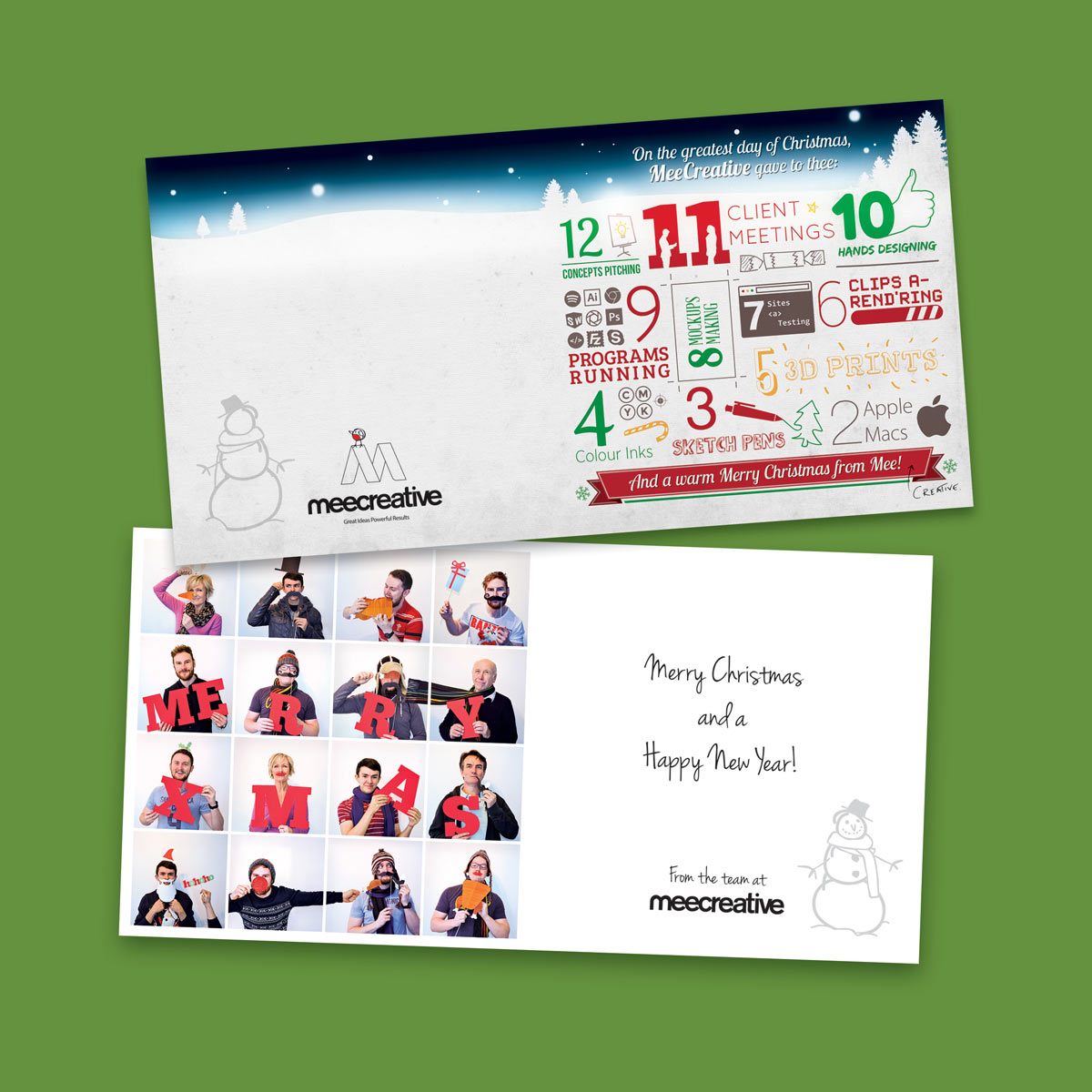 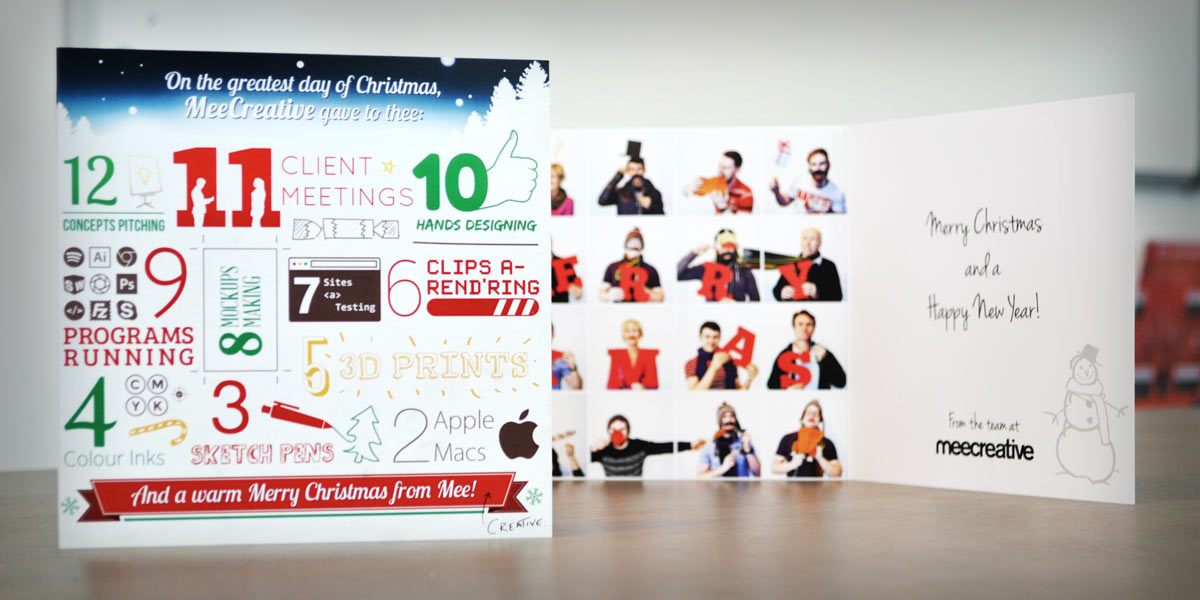 We’re absolutely chuffed with how the card turned out, and most of all we had a lot of fun creating it – we hope you like it too! 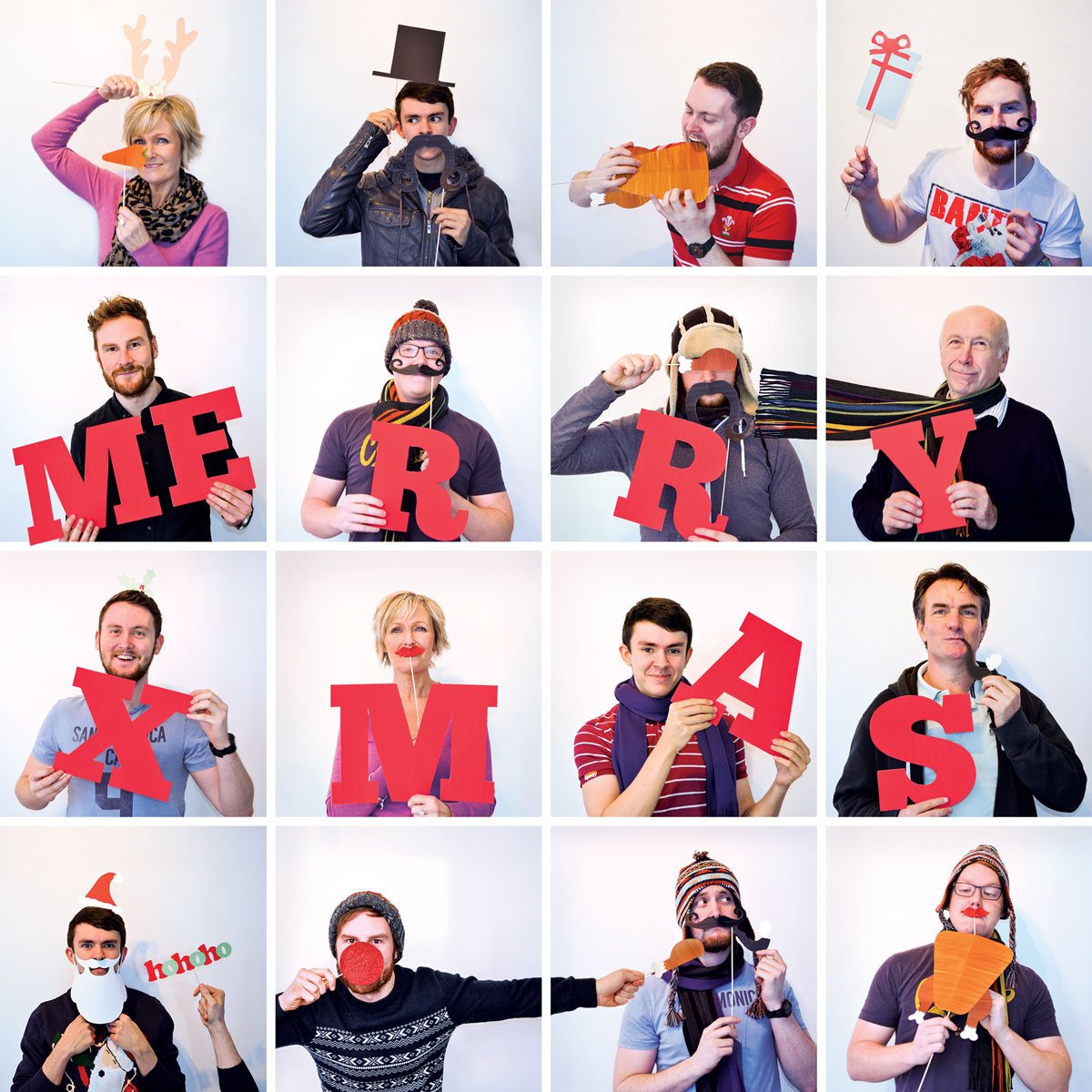 Have a very Merry Christmas, and a very Happy New Year,
from all of us here at MeeCreative.

Should I Be Using A CMS?